Ronald Indeck, Ph.D., CEO
On December 13, 2020, a grave announcement by a major IT company, SolarWinds, shook the world. Threat actors hacked into the company’s infrastructure and used it to send malware in the form of updates to its clients. The attack not only compromised the network integrity of thousands of companies but also caused widespread panic. Soon, it was classified as a ‘grave risk to the U.S. Government at all levels’ by the Cybersecurity Infrastructure and Security Agency (CISA).

This incident is but one of the examples in the cyberattack history that shows how the IT world is always at the risk of being disrupted by novel malware. And with cyberattacks becoming more covert and ingenious nowadays, such security debacles are only expected to rise and become more common.

With regard to this, in an exclusive interview with CIO Applications, Ronald Indeck, Ph.D., the CEO of Q-Net Security (QNS), shared his insights on the role his company is playing in the current cybersecurity space. He shed light on QNS’s unique cybersecurity hardware offering, which is enabling its clients to build immutable barriers between their IT assets and potential threat actors.

In light of increasing cyberattacks, Q-Net Security is surfacing as the perfect system for organizations seeking to protect their critical assets. Can you tell us how you are making this happen?

Most cybersecurity providers deliver their solutions in the form of robust software. Such software, in essence, is designed to be changed or updated frequently to stay relevant with time. More often than not, it is this cybersecurity software that ends up becoming a vulnerable spot for IT companies. Threat actors often piggyback malicious malware in the guise of updates and go unrecognized. In this background, we offer the perfect alternative with our national intelligence-grade, quantumresistant cybersecurity hardware. Since QNS is a hardware system, it doesn’t need to be updated. So, even if threat actors find a way to disguise malware in a novel fashion, our QNS hardware system will recognize it as a threat.

What does the QNS Device look like? To give us a better understanding of the solution itself, please elaborate on the underlying mechanisms of the Q-Box?

The QNS device, or the Q-Box as we call it, is about the size of a smartphone that can be directly plugged between an endpoint system (computer, tablet, camera, RTU, etc) and a network.

The true strength of the Q-Box lies in its immutable hardware security (HardSec), which leverages postquantum cryptography and hardware-based true number generators

The device can be placed on top of any existing infrastructure, whether it is a copper line, optic fiber, satellite communication system, medical device, Wi-Fi network, LTE, and so on.

The true strength of the Q-Box lies in its immutable hardware security (HardSec), which leverages postquantum cryptography and hardware-based true number generators. The QNS system changes encryption keys after every packet of transactions, further reducing the risk of data packet exposure. The keys are generated at a rate of one million units per second by a true random number generator (TRNG) located inside the Q-Box. Not only are these keys constantly changing, but they are not even based on any known algorithm.

As per the national security agency (NSA), this encryption approach leveraged by QNS is robust enough to repel even quantum-compute-based attacks. In fact, the most powerful computers will potentially take a billion trillion years to compromise the Q-Box. A quantum computer that operates a billion times faster than the fastest computer can still take trillion years to compromise the system. By using such an advanced encryption approach, QNS not only ensures excellent performance of endpoints but also detects violations in data packet integrity. We are proud of the fact that our hardware system hasn’t been compromised even once to this day.

What are some of the industries that stand to benefit from QNS?

We have positioned ourselves to safeguard the critical industry sectors from disruption. From grid networks and utilities to smart cities and healthcare facilities, QNS builds an impenetrable fortress around the critical networks of these industry sectors. We have a firm and growing foothold in the utilities, finances, government, and even the defense and national security sectors.

Our system is especially useful in safeguarding power grids from external attacks. It grants secure command and control to remote substations and distributed networks of wind and solar energy plants. But, most importantly, the QNS system is a must for smart city infrastructures, as it is designed to protect sensitive equipment and the typically exposed endpoints vulnerable to attacks.

As QNS becomes an integral part of national security, are you planning to pivot the company is a particular direction or explore new areas in the future?

We are the epicenter of the cybersecurity revolution. Especially with the positive feedback we have been receiving from our clients, it is clear that our solution is becoming a compulsory requirement for organizations in the private, public, and defense sectors.

The next step for us will be expanding into the consumer electronics arena and establishing a robust cybersecurity solution to safeguard vulnerable products. We will also pivot our hardware cybersecurity solutions to secure data storage for on-prem and cloud infrastructures of our clients.

But, even with such audacious plans, one thing is clear for us. This is just the beginning. Threat actors will become more active in the future, and we want the IT and OT worlds to call out for one system that can truly stop the attacks. That system is Q-Net Security. 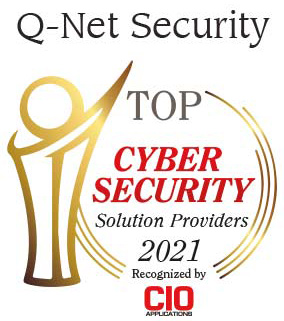 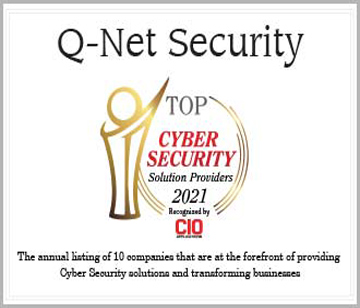 Description
Q-Net Security produces hardware that creates an impenetrable barrier between defined endpoints within your existing network. QNS is a national intelligence-grade, a quantum-resistant security system that is more powerful than any other cybersecurity solution in the world. The QNS system can be plugged into existing networks with minimal configuration and can render brute force decryption attacks nigh-impossible

Previous Next
Tweets by CIOApplications
This content is copyright protected