AJ Jennings, CEO
With healthcare targeted cybercrime on this rise, a leading healthcare aggregation company sought to upgrade to a robust cybersecurity infrastructure to achieve regulatory compliance and safeguard the high volume of private healthcare information (PHI) it collects and analyzes regularly. The organization deemed it necessary to fortify its customers’ PHI. The company’s lengthy quest for a powerful data security solution came to an end when it met the cybersecurity experts of Nevada-based ShieldIO, Inc.

Staying true to its name, ShieldIO leveraged its Real-Time Homomorphic Encryption™ technology to secure the healthcare aggregation company’s customer data at-rest, in-flight, and in-use. ShieldIO’s encryption-in-use approach facilitates multiple mathematical operations and computations to run directly on the PHI encrypted data—without ever decrypting it. “There is no need to decrypt the data and then perform various functions, which is usually the case with other data security solutions,” says AJ Jennings, founder, and CEO of ShieldIO. As a result, the healthcare organization established a more resilient cybersecurity framework—a shield—for its organization’s data, keeping it protected at all times-yet enabling its use in an encrypted state.

“At ShieldIO, we understand that a company’s data is its most valuable asset yet remains at its highest point of vulnerability when decrypted to perform various operations and analysis,” explains Jennings. ShieldIO focuses on a data-centric approach to security, employing an ‘encryption-in-use’ methodology that allows data to remain encrypted at all points in its lifecycle, irrespective of whether it is at-rest, in-transit or in-use.

ShieldIO lends a hand to address the onslaught of data breaches by employing an ‘encryption-in-use’ approach that allows data to stay encrypted, irrespective of whether it is at-rest, in-transit, or in-use

To accomplish this feat, ShieldIO developed its Real-Time Homomorphic Encryption™, a cryptosystem that allows users to run operations such as data search, mathematical calculations, and queries on encrypted data without decrypting it. Not only does this method assure greater privacy of the data but also higher standards of data processing and regulatory compliance. ShieldIO is database and application-agnostic, integrating with a multitude of different databases—both on-premise or in the cloud—widening the horizon for an enterprise’s business functionality and agility.

Jennings explains that while homomorphic encryption methodologies have previously been plagued with unreasonable latencies, weak encryption and the vulnerabilities of a keystore, “ShieldIO’s Real-Time Homomorphic Encryption™ has eliminated these problems, taking the ’Holy Grail’ of encryption out of academic science-labs and empowering it for enterprise data-centers,” stated Jennings. “ShieldIO has accomplished this through the combination of our patent-pending fractal memory management, natural language understanding and artificial intelligence (AI) engine all working in concert to manage the encryption and query parsing process.” When combined through ShieldIO’s Autonomous Data Security platform, they’re able to maximize the speed and accuracy of encrypted data searches and other mathematical operations. With the help of their AI engine, ShieldIO also eliminates the necessity of a keystore. ShieldIO utilizes AES-256, creating a unique but ephemeral key down to the sub-field level and then destroys the key. This unique process eradicates any backdoor hack attack. “We constantly look for loopholes in present cybersecurity methodologies and work diligently to mitigate them. ShieldIO’s ADS platform is one of the most unique and robust data security solutions in the market today,” stated Jennings. Talking about the go-to-market and deployment motion of the ADS platform, Jennings states, “Oracle just announced the resale of ShieldIO via the Oracle Cloud Marketplace. Additionally, we’re available through Google, Teradata, Arrow Electronics and multiple other resellers and distributors.” As a firm believer in continual growth, ShieldIO is spearheading the data security market with best-in-class technology and building higher bulwarks against the rising data breach threats in the market. 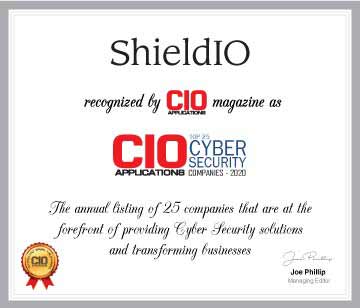 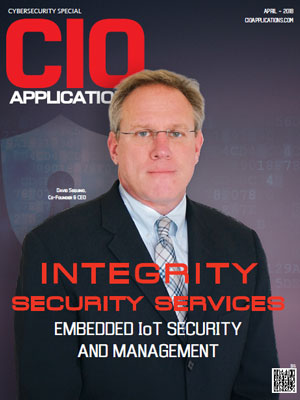 Previous Next
Tweets by CIOApplications
This content is copyright protected